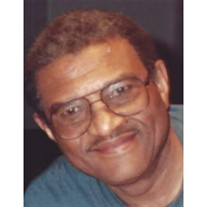 Sunrise, April 30, 1934 Sunset, May 1, 2020 My brother lived his life turning no into yes. From his birth to his death, Fred lived to defeat the naysayers spouting, "you can't do this or that." The third born, but the first surviving child of... View Obituary & Service Information

The family of Dr. Fred Douglas Jacks Jr. created this Life Tributes page to make it easy to share your memories.