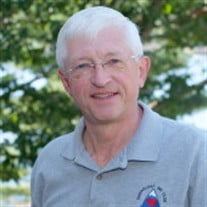 Gregory Laurence Foster, 69, of Carrabassett Valley and South Bristol, Maine, passed away suddenly on November 10, 2017, while on vacation in Orlando, Florida with his wife Cindy. Greg was a New Year's baby in 1948, born to Ruth and Laurence Foster of Winthrop, Maine. After graduating from Winthrop High School in 1966, Greg went to the University of Vermont for his undergraduate degree. At UVM, Greg was instrumental in the charter of the local chapter of Phi Gamma Delta, and the purchase of a Fraternity House. Greg spent three years at the University of Maine School of Law, where he graduated with the remarkable class of 1973. Later, he earned a Masters of Law in Taxation from Boston University. Having passed the Maine Bar in 1973, and having earned his CPA license, Greg went to work at Peat Marwick Mitchell in Portland, Maine. Then, just after purchasing his first home, he visited a family friend at Drake's Island in Wells, Maine, where he met their visiting daughter, and his future wife, Cindy Mildram. Cindy and Greg were married in 1978 in Cumberland, Maine, where they raised their children Julie and David. After spending three years with PMM in Fort Worth, Texas, Greg brought his family back to Maine. With a change in title, but doing the same work, Greg developed a reputation at Verrill Dana, LLP in Portland as a skilled and trusted estate and tax law attorney. He retired from the Partnership at Verrill Dana in 2015. In 2007, he and Cindy built a home on his family's land on McFarland's Cove in South Bristol, Maine. They moved there from Cumberland, spending summers in South Bristol and winters in Carrabassett Valley. During his youth, Greg was an active Boy Scout, earning his Eagle Award at age 14. He continued to be involved with Scouting, first with his son's Troop 58 in Cumberland, and then as a leader with BSA Venture Crew 58, where he was a mentor and role model for several of his scouts. In addition, he was a longtime supporter of the Pine Tree Council, BSA. Greg has been a part of the Sugarloaf community since the 50's, and was an original member of the Sugarloaf 50-Year Gang. He played major roles with the Sugarloaf Ski Club for many of those years. During his board terms he helped the club through hard times and good. As presidentof the club from 1995 to 2000, he led the club from financial lows to a strong position, and he has continued to be committed to the success of the club and their mission. In 1995, Greg brought to life his vision for the Ski Museum of Maine, and was one of the original founders. For over 20 years, Greg was an enthusiastic member of the SSC Cardiac Club, a band of skiers who take to the mountain on Saturdays; for most of these years he was their merry leader. Skiing was his passion, and he took advantage of every opportunity to ski the mountains of Western U.S., Canada, Chile and Canada. As active members of the Carrabassett Valley Outdoor Association, he and Cindy traveled on many CVOA ski adventures. Greg touched the lives of many people, and he supported many other organizations, sharing his knowledge and expertise in a variety of ways. Greg is survived by his wife, Cindy; his daughter Julie of Denver, Colorado; his son David and grandson Pike of Austin, Texas; his sister Diane Markowski of Cumberland; several cousins and nephews, as well as a league of friends throughout the state. In lieu of flowers,tax deductible donations can be made "?In Memory of Greg Foster' to the Sugarloaf Ski Club scholarship fund through the Sugarloaf Regional Ski Educational Foundation (SRSEF). Checks may be made out and mailed to: SRSEF, c/o Sugarloaf Ski Club, 9008 Main Street, Carrabassett Valley, ME 04947. A Celebration of Life will be held at 2:00 p.m. on Friday, November 17, at the Richard Bell Chapel at Sugarloaf in Carrabassett Valley.

Gregory Laurence Foster, 69, of Carrabassett Valley and South Bristol, Maine, passed away suddenly on November 10, 2017, while on vacation in Orlando, Florida with his wife Cindy. Greg was a New Year's baby in 1948, born to Ruth and Laurence... View Obituary & Service Information

The family of Gregory Laurence Foster created this Life Tributes page to make it easy to share your memories.

Send flowers to the Foster family.