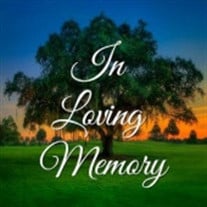 Leonard Kirby, age 77, of Saint Cloud, Florida (formerly Saranac, MI) passed away January 31, 2020 from pulmonary disease complications. Leonard was the youngest of 16 children born to Julius and Myrtle Kirby. Leonard and Roxie married in 1963, and were married 56 years at the time of his passing. Leonard worked multiple jobs at a time to provide for his family over the years. He was an entrepreneur from a young age owning a car wash and small engine repair shop in Michigan. He was typically found working while his friends were out having a good time, and always stopped to help someone else in need. In 1982, Leonard and his family moved to Florida. He worked at Epcot and began R L Lawn Care, Inc. Leonard always took pride in his work, and he wanted everything to look as close to perfect as he could get for his clients. He ran the lawn care business until 2008 when he retired. Leonard was the type of person that enjoyed conversation, telling stories from his childhood and young adulthood, and meeting new people. He valued loyalty, honesty, and integrity. He was dedicated to his family and few close friends. Leonard taught his children and grandchildren the value of a dollar, and the best rewards and satisfaction come from hard work, perseverance, and commitment. He set the example of what a husband and father should be. Leonard is survived by his wife Roxie Kirby, children Lisa Kirby-Kerrigan, Scott Kirby, son in law Robert Almandinger and daughter in law Tammy Kirby, grandchildren Amanda Waldron, Bonnie Higgins, Heather Rorrer, Kasee Rorrer, Luke Mancillas, Ryan Wells, Parker Wells, Sierra Wells, Cody Wells, Lacey Wells, and Monka Wells, Jr., great grandchildren Noah Hussey, Gracelynn Hussey, Delilah Hussey, Amy Waldron, Brantley Gardner, and Joseph Gardner. Leonard is preceded by son Blaine Kirby, grandchildren Kristen Rorrer, and Joseph Mancillas, Jr., and great-grandchildren Samuel Owens and Julius Merced. Leonard was surrounded with love from his family throughout the day of January 31 in celebration of his life before his passing. Condolences may be sent to the family at 2300 Lake Lizzie Court, St. Cloud, FL 34771

The family of Leonard A. Kirby created this Life Tributes page to make it easy to share your memories.

Send flowers to the Kirby family.