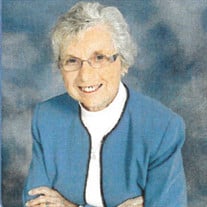 Phyllis Irene Reynolds Schroeder, age 94 and a recent resident of Merrill Gardens in Champions Gate, Florida, died peacefully on Thursday, November 11, 2021 at Advent Health Care Center in Celebration, Florida after a brief period of rehabilitation. Phyllis was born September 24, 1927 in Niagara Falls, NY, the daughter of the late George and Irene (Schultz) Swift. She was a graduate of Niagara Falls High School, and on January 1, 1949 she married William Whitbeck Reynolds. William predeceased Phyllis in 1972. They built a home and resided at 412 Sussex Street, Phillipsburg, NJ starting in 1955. Her greatest joys in life were spending time with children, grandchildren, and great grandchildren, attending and serving her church, yardwork, being a long time volunteer delivering meals-on-wheels, and being a snowbird to Fort Meyers, FL with husband Ed. Phyllis married Edward Schroeder of Easton, PA and Phillipsburg, NJ in 1977. They enjoyed a long and active retirement until Ed's death in 2010. Phyllis eventually relocated to reside at the home of her youngest son, Mark Reynolds in Lithia, FL in 2017, and moved to Merrill Gardens in Champions Gate, FL in 2020. She is survived by her three children Craig (late Vera Russo) Reynolds of Nazareth, PA, Sue (Roger) Schaeffer of Winter Garden, FL, and Mark (Jodi) Reynolds of Lithia, FL; her six grandchildren Maggie, Katie, Valerie, Kari, Drew, and Troy; eight great grandchildren; and three sisters Patricia (late Roy) Shafer, Georgia (late Jim) Faassen, and Jill (late Jack) Mears. She was predeceased by a brother George Swift and sister Betty Schmoyer. A private graveside service will be held at the Old Greenwich Presbyterian Church where Phyllis was a faithful member for over 66 years until her passing. There will be no visitation, and flowers are gratefully declined. Memorials may be made in her name to: Old Greenwich Presbyterian Church 17 Greenwich Church Road Stewartsville, NJ 08886

The family of Phyllis Irene Schroeder created this Life Tributes page to make it easy to share your memories.

Send flowers to the Schroeder family.