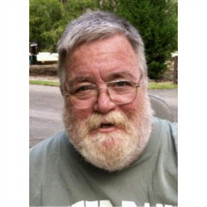 Steven Albrecht, 69, died at his home inOrlando, F Lon March 11, 2019. Steven was born on November 11, 1949 and grew up in East Hartford, CT and later raised his family in Glastonbury, CT. Steve was the son of Lilianne "Rochibaud" Nadile of Stuart, FL and the late Glendon Albrecht of East Hartford, CT. He is also survived by his children: Melissa Albrecht of Glastonbury, CT, Michelle Albrecht of Orlando, FL, Matthew Albrecht and his wife Elvira of Shrewsbury, PA and Mitchell Albrecht of Orlando, FL. He was the proud "Grandpa Steve" to Dominic Albrecht. Steve is also survived by his, brother Marc Albrecht and his wife Mary Ann of Glastonbury, CT and sister, Linda Cafro of Andover, CT, as well as many nieces and nephews,step-sisters, an aunt, uncle and cousins. He was also preceded by his father's wife, Clara and his mother's husband John Nadile. Steve graduated from Penney High School in 1969 before enlisting in the United States Navy. He served on active duty during the Vietnam Era and continued as a Reserve until 1985. He worked for many years at Pratt Whitney in East Hartford, CT and International Fuel Cells in South Windsor, CT before retiring from Universal Studios Theme Parks in Orlando, FL. He loved the outdoors, especially fishing. He also enjoyed cheering on the Boston Red Sox, the New England Patriots and the Pittsburgh Steelers. The family will be holding a service in CT later this year at the State Veteran's Cemetery in Middletown, CT. The family wishes to thank all of the doctors, nurses and staff at the VA Hospital in Orlando, FL for the excellent care they provided for Steve, and all of our veterans, over the years. In lieu of flowers, memorial donations may be given to the Gary Sinise Foundationhttps://www.garysinisefoundation.org/, the Fisher House Foundation (https://www.fisherhouse.org/) or the Department of Veterans Affairshttps://www.volunteer.va.gov/apps/VolunteerNow/

Steven Albrecht, 69, died at his home inOrlando, F Lon March 11, 2019. Steven was born on November 11, 1949 and grew up in East Hartford, CT and later raised his family in Glastonbury, CT. Steve was the son of Lilianne "Rochibaud" Nadile of... View Obituary & Service Information

The family of Steven A. Albrecht created this Life Tributes page to make it easy to share your memories.

Send flowers to the Albrecht family.